Here’s a short interlude: I was having the worst time with this error, partly because the error message is pretty misleading, and partly because I’m an idiot. One of these problems could be solved…the other has to be worked around 😉

So, the issue was that we were trying to run one Ruby script from another via the “shell-out” mechanism. There are a couple of ways to do this (Here is a good overview), but we’re using the good old `Backticks` as we are not concerned about security for now (there’s no user input, everything is hardcoded). But when running the “inner” script, we get this error:

when using the “inline” Gemfile syntax, or when using a normal Gemfile:

one of our defined gems would be mysteriously missing. When cd-ing into the “inner” directory and running the script, it works, of course.

This is of course the abridged version. I was spending a whole lot of time fiddling around, trying to pinpoint the problem. A misleading thought was that the issue might stem from rvm and bundler not properly loading in the sub-shell environment, so a lot of cd-ing around within the backticks was tried: cd ruby && ./scrape_crowdfunder

To make a tedious story short, the hint that was finally pointing to the solution was that discovering (after converting both “outer” and “inner” scripts to a normal Gemfile again) that the same issue also occurs when running the inner script from the outer directory (both containing Gemfiles):

So what seems to happen is that the “inner” script keeps the gems loaded from the “outer” environment. The same thing happens when running via Backticks. Googling “ruby subshell inherits gems?” finally has the solution: Use Bundler.with_clean_env ! Go ahead and read that article, it explains the issue quite well. Basically, bundler sets up a couple of ENV variables when a Gemfile is encountered, and within the same shell and directory, doesn’t change it again. When putting the shell-out backticks within that method’s block, all is well.

So just some additional notes here: Since that article was written, the Bundler method was renamed to Bundler.with_original_env .

And also, I made a small git repository to demonstrate and test the issue for me and anyone else: https://github.com/MGPalmer/bundler_env_error_test

In it, we have the same setup as my problem: An “outer” and an “inner” directory, both having a Gemfile in it. The outer Gemfile actually requires no gems at all, the inner one wants cowsay.

In both dirs we have a script, the outer one simply prints a message and then shells out to the inner script, once within Bundler.with_original_env‘s block, and once without it. The former call works, the latter one reproduces the problem that the inner script can’t find the gems it wants:

So there we go. Another one of these stumbling blocks when developing. I learned a little more about how Bundler works, but there was so much wasted time, a pity.

A somewhat amusing coda to this – after changing the test code from the last article to use with_original_env , the issue was solved as described above. But then suddenly, the “inner” Ruby script didn’t pick up the provided CROWDFUNDER_PROJECTS_URL env variable value anymore. For a short time I wasn’t sure I was using Ruby’s accessor to the ENV correctly, but I then realized that with_original_env was doing exactly what it’s saying on the tin – it resets the ENV, wiping out what we added to it within the script 😀

I realized that it’s a much cleaner interface anyway to simply add the url as a command-line parameter, and switched the code to that. So, next time: Finally finishing the tests. 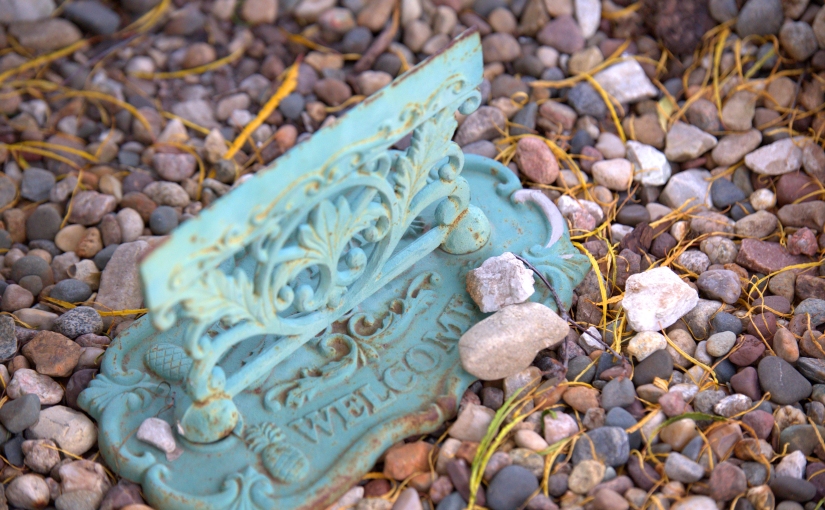 Hello again dear readers (I now actually have a couple, because I’m sending the articles to friends and forcing them to read them. Hi Oana!).
Today we are going to do another somewhat pointless project. Slightly less useless than last time, I hope!

I’ve been looking at a crowdfunding website, which collects donations to user-created good causes (“projects” or “campaigns”). I’ll omit the name and URL here – it’s not that the info is private, but it seems uncouth to point at someone specifically (it’s a smallish company). They don’t talk about it much, but according to the Terms and Conditions, they are financing themselves by taking a percentage (3-8%) of donations to projects.

So I’m curious how much money they are actually moving – knowing nothing else about their finances or business model, does it seem feasible that they are cashflow-positive?

And looking at the website, they have a paginated list of projects (of reasonable size, 8 pages of 8 projects each, i.e. up to 64 projects currently), which I will assume are all that are currently active.

At first, we could scrape all projects and see how much money in total has been pledged so far via the platform. This of course will miss any previous projects that have been completed (if there are any), but there is no way of knowing, so everything found out here is a lower bound. It’s mostly a finger exercise, anyway…

We could do an additional step and record a scraping run, and come back every couple of days, and then compare to see how the “velocity” of donations is, i.e. do they handle a lot of donations per day? This is of course more involved, as we’d need to record each scraping run and/or the results somewhere (a database etc.). Let’s shelve that for now. Baby steps.

But I also want to take an opportunity here to do something I think will be quite easy for me to do in Ruby (I have been scraping websites and consuming APIs with Ruby extensively in a past life), and see how it’ll work in other languages.

So let’s dump some ideas on how this ought to look like:

So now we have an idea where we’re going – let’s first set up the Ruby stuff and just hack something out, and then clean it up while writing the tests. I’m usually doing tasks in this order:

I’m suspicious of people that claim to be really doing TDD by writing the test first before anything else. Maybe this works if you are adding a routine extension to an existing project, but if you are going green-field or doing some complex new feature? It seems like an invitation to a lot of rewriting

Of course, just now I’m also writing down these words here for the blog post, which I don’t usually do when working for a job. I wonder if I should? It would make everything a lot slower, but would provide seamless documentation over the long term. Also it seems that writing down clears up your thoughts quite a bit…Something to ponder in another post?

I’m copying a .gitignore from another project, and adding a Gemfile – we’ll at least need a http library, and I hate the built-in Net::HTTP library from Ruby with a passion:

At this time I remember I want to make this code public, and make a github repo and retroactively link my local one to it:

Now you can follow along or look at the last state here: https://github.com/MGPalmer/crowdfunder_scraper

After some back and forth, here we are:

Yaaaay we got a working Ruby script with Bundler.

At this point I go in irb, load up the Gemfile, and fiddle around.

Yay, got it working!

But we want the numbers now! After running, and omitting all the debugging output:

This buys you a lot of Falafel, but it’s not much to run a company on

But of course everybody has to start small, and again, we really don’t have all the facts here. But hey, our code works, even though the numbers it produces might be meaningless. Ready for a career in business intelligence 😉

Tune in next time when we clean up this mess, and add tests!